Learn how to negotiate digital marketing deals and improve the sales experience for your prospects. These tips will immediately return you a higher ROI on your deal-making.

This blog is for my digital marketing freelancers and business owners out there. You're talking with clients; you're getting them on the phone. It's time to close the deal.

What are the best methods of negotiation? How should you approach this? How can you win more deals in your favor?

I've got nine tips for you today, and I hope these are going to help, so let's get into them.

Number one is knowing your oppositions best alternative to a negotiated agreement that is an acronym called BATNA, it's critical that you have some sense of your prospects BATNA.

It's the BATNA that allows us to know how likely the prospect is to make a decision in our favor. If they can easily choose an alternative at the same price point.

You have the leverage. So always knowing your prospect's bat is critical, and you can discover what that is in your discovery calls by asking them questions around what have they already tried?

Why aren't they going another way? How come they're not doing it themself? Why not save the money?

You're always pushing back on the sale so that the prospect begins to convince you that they are indeed interested in moving forward with a deal.

So, BATNA is the first thing you learn in any sort of negotiating class, and you always want to consider that when structuring or making deals.

Number two is knowing your own BATNA. It's one thing to know your prospects, but do you know your own? The more leverage on your side would mean you have better alternatives or other alternatives, and so you're not forced to make an agreement.

You have no pressure on you, your BATNA is improved when you have more clients in your pipeline.

The more pipeline volume you have, the more clients you have coming in on calls, the more people you're talking to, the easier it is to say no to the say C level client.

You might want to take the deal, but you probably don't. You feel the pressure too, to generate some income or revenue. The way to solve that problem is by having other alternatives to working with other people.

So, number two, knowing your own BATNA. Those are the keys to negotiating at a basic level, and those parameters often dictate heavily what the outcome is going to be.

If both parties have no alternatives, you're going to want to negotiate to make a deal and get it.

So, study this idea of best alternative to a negotiated agreement, a BATNA. My third tip is to seek a win-win, you want to go into negotiations with a positive mindset.

A lot of people think negotiating is about sacrificing, give and take. Somebody wins, somebody loses, and in many cases, it does turn out like that, but you don't want to start that way.

You want to go in with a win-win. How can everyone get what they want? It's not the most tactical tip, but it's definitely the mindset most people should be adopting.

How can you perhaps come up with a creative solution so that party gets what they want? Here's the real tip underneath this, you have to really listen closely when people are telling you what they want.

They might be sugarcoating it, they might be hiding something may, they might not be clear themselves on what it is they want. If you can truly find it out what they want, you may have other options.

Is it because they need the money for something else that you could help them handle as well? You might have a solution there.

My fourth tip is going to be do some math for your clients. Show them. In numbers, the cost of inaction. What is it costing them to leave things the same versus the cost of hiring you to fix it for them?

For less than the value that they attribute to the average customer. They'll be very excited to work with you because they would see a lot of profitability or at least scalability through that scenario.

Show them how close they are. To getting what they want. Show them that it's just simple math. So, this would be a negotiating technique to persuade financially, economically, and get them to say My price isn't too high.

That probably comes up pretty early in the discovery in the sales call, but certainly you might find yourself negotiating around math. And what it means in the final hours, perhaps you think a customer should be valued higher than they do.

So, it's hard to get the math to work sometimes, but it's still there for you to tread these negotiating waters as best as possible.

And that's also about value-based pricing, right? You are trying to negotiate in a way. You're showing them how much value they can potentially get, and that the cost is really only a fraction of what they're going to get in the end.

All right, my fifth tip for negotiating is going to be to try and achieve a higher status or frame positioning in the relationship.

The way you can do that is by being very confident, by not taking bs, by setting clear boundaries. By showing up on time and not tolerating lateness by questioning people's moral ground and authority and.

Really just appearing to be the more authoritative body, the more respected body that they are being interviewed, not you, and you must obtain this position to have strength and confidence, conviction in your negotiating.

All right, so this is more of a tip of how to maybe present yourself effectively. So that your opposition or prospect doesn't try to take advantage of you.

My sixth tip is when someone asks for a discount, don't freak out. Recognize that it's common and it's going to happen, and be prepared to match them with a yes.

But at the same time, the project scope must be reduced, whether it's less content. Less fast, less quality, whatever it might be. Discounts, mean scope reduction.

So, again, looking for a win-win is I don't mind lowering my price, but I have to lower what I'm going to give you. And we can try and find that balancing point because now they're breaking outside of your standard offers.

It's still a negotiation. You don't know where you're going to end up on that final number.

But being prepared to match a discount objection with scope, reject reduction, I think is the best way to be prepared in a negotiation for that moment in time.

Tip number seven is going to be offering payment plans as an alternative.

There are some people who just don't have the cash flow, but would love to make that investment. And if you could somehow make that 12 equal payments of 450 or whatever it might be they're much more likely to make.

Perhaps, you could slow down the delivery of your offer if that's the case, but I think people just should be more reasonable around payment plans.

Personally, I haven't seen that many problems with it, but I can't say for everyone. Depending on your niche and industry, a payment plan could be risky.

But I think it's a pretty common thing to negotiate in and again, to drive towards that win-win situation. Like you want to get paid the full value, they don't have the money.

Now they're willing to pay over time. Maybe you tack on five or 10% interest for that delay in payment. That should make you feel all right about it.

Tip number eight, it goes in line with discounts If people really want a discount. The best I can do for you is offer you a professional discount of 10% off, but you have to pay the entire thing upfront. It's as simple as that.

It's another offer. It's a sub offer. It's an offer to save money, but in return you have to pay a hundred percent upfront or 90% essentially.

It's very powerful. I've definitely had people do it. Some people, if the budget is there, they have no problem putting it all up front, especially if you're a trusted.

With a substantial online brand where people can easily find you and work with you. Number nine.

My final tip for negotiating better digital marketing deals is if you're coming up with a lot of friction, you may have to shift into performance-based model, commission-based model, so maybe a smaller setup fee than your full fees typically, and then a performance base that can help you make more money than you anticipated.

Instead of that 3000 you initially had. Of course, the setup fee is a onetime fee, but that's the way these types of models typically are working these days in a lot of lead gen or commission-based scenarios.

But the reason I would call it a down sell is to me a performance-based offer is an implied guarantee. Therefore, you're down selling to a more intensive guarantee.

You're taking the risk off their plate and adding it to yours. So, it's one of those things to get the deal closed. But if you're wise, smart, thoughtful, you could structure a deal where it's untapped and you have the ability to make as much as you want.

They would be winning by getting the result they want, and you would be getting a higher commission taking on that risk. But if you believe in yourself, why not consider.

If you want to learn more about digital marketing, highly recommend you enroll in my masterclass so you can learn all about funnels content.

And everything you need to know to sell this service remotely. So, check out richandniche.com/masterclass. And of course, I have my private cohort program, which runs quarterly.

It's the Full Stack Marketer Lab. If you want to get a location-independent business up and running, that's the program for you.

Check out richandniche.com/labs. I've also got something special for you guys down in the comment section. I've pinned something for you there. Go take a look. I think you'll like it. Until next time, may the algorithms be ever in your favor. 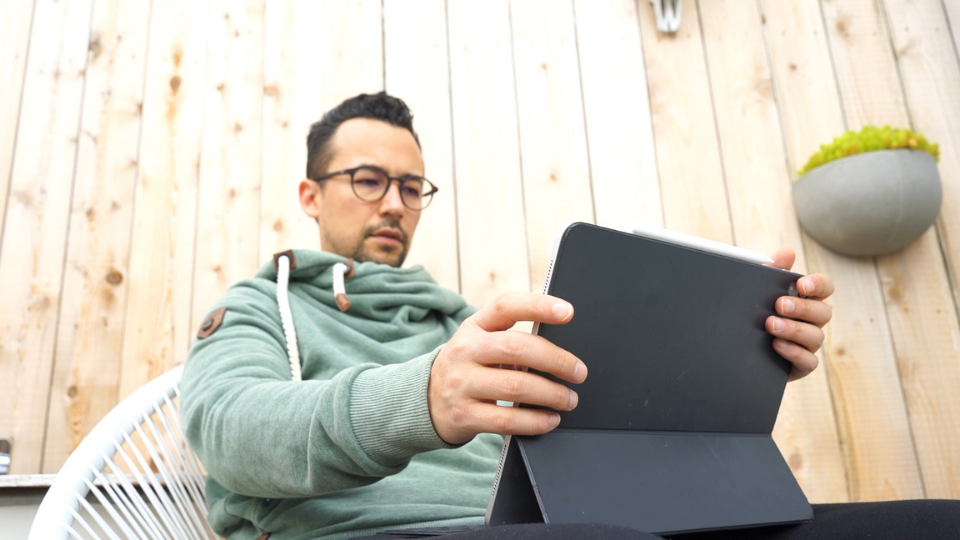 [Quiz] What type of Digital Marketer are you?

The #1 Career Academy for Digital Marketers